Culture isn’t all about national mentality 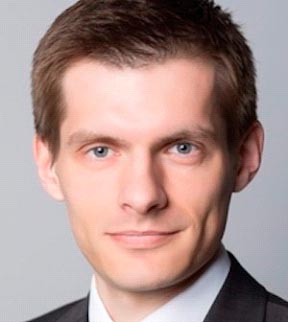 Why do managers who excel in their native country fail to be as successful abroad? The main culprit here is cultural differences. And when I say culture I mean a set of values and attitudes that subconsciously influence our actions—above all, under pressure. E.g. a Chinese or a Greek might find confusing things that the Russians are likely to take for granted. And the difference in subconscious assumptions and attitudes results in culture shock.

Numerous attempts have been made to describe specific features of national cultures. The most well-known among them is probably Geert Hofstede’s cultural dimensions theory (power distance index, uncertainty avoidance index, individualism vs. collectivism, masculinity vs. femininity, long-term orientation vs. short-term orientation, and indulgence vs. restraint). It was followed by the Project GLOBE, the Culture Map, Fons Trompenaars Cultural Dimensions etc. All of these are unanimous in stating that people are different and that national cultures can’t be ignored when doing business. But what do we do with this knowledge? The easiest way that business schools use is to study specific features of a particular culture. Yet we in SKOLKOVO Business School believe one can’t grasp another culture while studying in class—this is something that requires real practice.

The truth is that culture isn’t all about national mentality. Cultures can also be about a particular epoch or state, about a concrete company or a person. Finally, every person has deep-rooted attitudes that they themselves can be unaware of. All these aspects can only be surfaced by making a person live through a certain practical experience, which implies a series of experiments and simulations.

Here’s an exercise example. In the first half of the day a group of students, which in our program means around six people, is given a task that allows every student to take the lead. The task might appear completely random to onlookers: for example, students can be asked to solve a riddle or shoot a video with a predetermined plot. This might seem absurd, but it is exactly in those uncomfortable high-stress situations when time is limited that cultures become explicit and the features that might have otherwise gone unnoticed even for the person in question are revealed. And it’s not enough to just have this exercise done: it should then be analyzed and discussed in the group under the guidance of an experienced coach. Otherwise, this experience will remain a mere sum of emotions.

I’ll explain it by giving an example from my own life. In 2012, I went to Switzerland to study an МВА. And before I was put in a multinational group of students (Nigeria, Israel, Finland, China, Mexico—you name it!), I had always considered myself to be “a citizen of the world” and rather a representative of a “European” culture. But once we got ourselves through a few months of education wrought with stressful tasks and conflicts, the first comment from my teammates to appear on the feedback form was “you are too Russian”. And it’s neither good nor bad, it’s just an understanding of how other people perceive me, and their perception might be very different from how I see myself. When you get this kind of feedback, you need to do something about it: you can either opt to change or accept who you are and make it an advantage.

But let’s get to the group doing a task. Coaches closely watch how each and everyone in the group reacts and give their feedback. After the task is completed, the group stays in a separate room during the second half of the day. Students can discuss the task, share their impressions, give feedback to each other, and consider future objectives. What exactly they decide to do is up to them: no solutions or leadership styles are “right” or “wrong” here. What’s important though is that at the end of their discussion they become deeply aware of themselves and others. Thus, of their and others’ culture.

With our students, we try to instill the idea that everybody is different and no one is perfect and that the goal is, on the one hand, to understand your drawbacks and advantages and, on the other hand, to learn to analyze other people’s actions and to relate to them, especially when it comes to those who represent other cultures.

The most effective way to immerse oneself in a cross-cultural context is by becoming a part of an international group of students and—even better—doing that in different countries. For example, currently SKOLKOVO and the Hong Kong HKUST Business School are launching a program EMBA for Eurasia. It involves studies in seven countries—two world innovation poles, the US and China, as well as Russia, Israel, Switzerland, Kazakhstan, and Armenia. We expect our groups to be represented by dozens of nationalities. Teaching staff will be by all means international too.

Immersing a person in the context of cross-cultural interaction is only half the job. There’s a significant difference in teaching management to young mid-level specialists who represent the largest MBA audience and to seasoned managers aged 40-45.

The former tend to be more flexible, they don’t yet have enough experience and are still craving for knowledge. They expect to get thorough theory drills and are eager to soak in new information. And their first and foremost interest lies with leadership development and anything that’s related to it.

We expect older people to cling more to their assumptions, and this is exactly what we see in group exercises where experienced СЕОs in many cases tend to perform less efficient than younger MBA students. But it is with them that a huge potential for change lies. They have lived through more: they’ve hit the “glass ceiling” multiple times, broken it, are experienced in managing hundred-people-strong teams and already have their own management style. And what they seek in education is a new approach to what they’ve already done. They have more life and management material at their disposal to discuss it with coaches and look for possibilities to change.

However, what clearly unites teaching to these both audiences is the impossibility to just come and lecture them on how the cultures are different. The most effective teaching methods include business case analysis, simulations, games and what is referred to as Discovery Expeditions to other countries.

One of my favorite cases is the SPLAT Company, a Russian toothpaste manufacturer. Its first attempt to enter the Chinese market was far from a huge success, as the company failed, in many ways, to take into account the key characteristics of the Chinese consumers. Even such trifle as the name of your product should be considered very thoroughly: China is the country of many dialects, and across them one and the same word can sound differently and have opposite meanings. Russian products in China are often associated with the environmental topics, while baby boom and thriving baby products market triggers demand for the relevant toothpaste. The Chinese attitude towards gold can also be played upon by launching “golden” toothpaste. Besides, Chinese consumers love to read up on the product, study its social network ratings, and compare it with other products. When entering the Chinese market for the first time, the company didn’t do anything of the above, and their sales were stalling. In Germany, on the other hand, black toothpaste turned out to be a real blast. Letters from the company’s СЕО that the company traditionally puts in the boxes don’t always work either—in some countries, consumers simply throw them away without reading thinking they are some sort of instructions. A marketing instrument that performs well in Russia needs to be adapted to other countries not only in terms of language.

I doubt that this kind of experience can be obtained in class—you can’t understand who is in front of you unless you start communicating with them. And this means that the most effective way to raise your cultural awareness is to interact with real people who represent other cultures, and better do it abroad. After a year of studying in Switzerland side by side with people from 46 different cultures, I still have a very clear understanding of what I should expect from an Arab, a Chinese, an American, or a Greek. In SKOLKOVO, we strive to show our students the world and themselves in this world. A prerequisite for successful education lies in joint practical activities that allow students to learn from one another, see themselves through the eyes of others and understand what people from other parts of the world have in mind. And by doing this and enhancing the strong points of their own culture they can gain a skill of successfully interacting with other cultures.

Please leave your contacts and our consultants will contact you shortly

Consent to the Processing of Personal Data

I understand personal data as any information relevant to me as the Subject of Personal Data, including my last name, first name, address, education, occupation, contact information (phone, fax, email, postal address), photographs, and other information. I understand the processing of personal data as the collection, classification, accumulation, clarification, updating, modification, use, distribution, transmission, including cross-border, depersonalization, blocking, destruction, permanent storage, and any other actions (operations) with personal information.

The date of issue of the consent to the processing of personal data by the Subject of Personal Data is the date of sending the registration form from the Website of the School.

The processing of personal data of the Subject of Personal Data can be accomplished by means of automation and/or without the use of automation in accordance with applicable laws of the Russian Federation and internal regulations of the School.

I am aware that:

2) the consent may be revoked by me on the basis of a written application in optional form;

3) the provision of personal data of third parties without their consent is punishable in accordance with the current legislation of the Russian Federation.